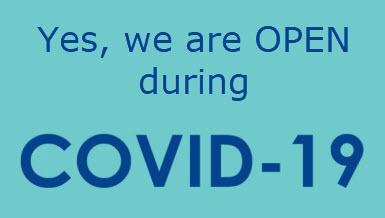 Air Care’s aim with car park ventilation is to provide the most cost-effective solution tailored to the type of car park, the layout of the car park and any additional fire legislation that may be in force over and above the basic code standards. The systems must be serviced twice-yearly to maintain optimum efficiency. We service all areas across the Gold Coast, Tweed Heads & Logan.

Over the past ten or so years, the strategy for ventilating underground car parks has changed dramatically. Traditional ducted systems have been replaced by so-called ‘jet fan’, ‘impulse’ &/or ‘induction’ systems. These use relatively small fan units positioned around the car park to direct the fumes towards the extract points.

Air Care are experts in the design and installation of both commercial and residential underground car park ventilation systems. All our systems are specifically designed to blend into the building structure, and where possible are concealed until needed. They are compliant with all relevant codes and standards.

The two primary requirements are:

Depending on the type of car park, loading bay or service area, there are a variety of ventilation systems that can be utilised:

Idealy, this is the preferred method of ventilating car parks as it simply requires fresh air openings being provided to the car park. However, this method relies on a path to the outside being available. This is not usually the case in underground car parks, hence the need for mechanical extract systems.

These systems use powered fans to control the build-up of Carbon Monoxide (CO) in the car park. Regulations state that the system must be capable of limiting the concentration of CO within the car park to a predetermined level.

These use metal ductwork to transport the fumes or smoke being extracted to the outside. Accommodating large ducts can be problematic due to the low headroom in most car parks, low level ducts can be subject to damage to and from vehicles. The ducts must be evenly distributed around the car park and also drop to low levels to provide the low level extract points.

Jet fan systems originated around 15 years ago in the Netherlands and have become increasingly popular as they overcome many of the problems associated with metal ductwork.

Many carpark ventilation systems are either running at full speed, are operating on timers during perceived peak periods, or are turned off. The first approach imposes a significant energy cost and the other two can compromise occupant health and safety.

Since car park fans are very power hungry, variable speed drives can make a significant difference to the power consumed. With a carbon monoxide monitoring system, ventilation rates and fan speed can vary depending on the level of CO detected by the sensors. In turn, this results in significant energy and cost savings.

Contact Air Care today for further information. We have considerable experience in the design and implementation of CO monitoring systems and jet fan ventilation systems in car parks.

We cover all the leading Air Conditioning brands including:

AU00123
All work as per Australian Standards